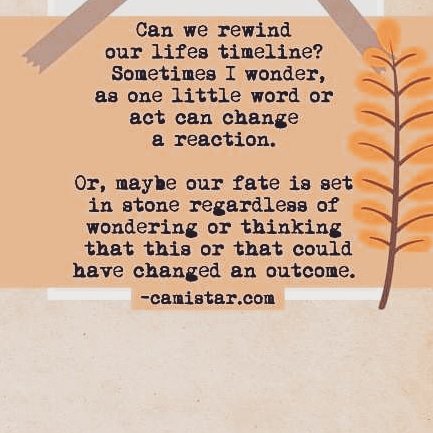 Well, well, well.  I got your attention.  What do you know!  Well, what I know, is that in our fumbling of a society, we tend to call each gender names.  Why?  Because both genders; male and female are two completely beings.  We have different agendas when it comes to our lives sexually, emotionally, and in relationships.

Women have been called bitch, whore, slut, tramp, drama queen and I am sure you can add more to that list.  Is it degrading?  Hell yeah!

Men on the other hand really only have a few degrading names, such as dog and asshole.

Here we are in our universal world, continuing to live in an unequal world.  What I am trying to discuss, is embracing these words if they fit you.  I mean,  being called a “dog” or “asshole” coming from my point of view if not so degrading as being called a “bitch” or “slut”, but let’s get over the power of the word.  If you’re acting like the word is described, why would you get offended?  This is where I am at in my thoughts.

I mean really.  It is common sense, right?  IF, a female is walking around not being in their happy zone and telling everyone off in a store, yeah, they are acting like a “bitch”.  Embrace it girl!  Yes, your acting it and you have chosen to act as such, so take it like a champ.   If a male is walking around the store with disrespect for everyone in the store by bumping into people without saying sorry, then telling the cashier to “hurry the fuck up because he has to hurry his ass to get to work”.  Then, yeah, I would say in our society language that he has chosen to act like an “asshole” and he should embrace it just like the bitch.  I know many men and women who act like fools and they do admit it.  Yes, admit it, learn from it, apologize and then learn from it!

On the aspect of our sexual lives, this is when it gets complicated and sad to degrade both genders, but mainly women who take the biggest hit.  But in reality, once again, embrace it.  Shoot, if you are truly living a certain life style, why get offended?  I mean, really?  Yes, I do know that females get hit with hard words, but the behaviors are the same.  Let’s take a look:

Let’s begin with the lesser degradation.  MEN.  MEN ARE DOGS!!!  What does this even mean???  The real definition is a person regarded as “unpleasant, contemptible, or wicked (used as a term of abuse)”.  So, when we say, “men are dogs” in relation to the fact that they are sleeping with more than one women, this does NOT fit the cake!  I mean, they are not acting “unpleasant”, shoot, it’s the opposite, they are getting a lot of pleasantry!  They are not abusing anyone, they are enjoying it!  So, in essence, this term is actually taken out of context.  But let’s act like we don’t even know the real definition.  In our society, the “WEST”, when we call a man a dog, it means, they are sleeping around and it is a good thing!  They are getting them some!  I see nothing wrong with this!  It’s a good thing!  So, here we go again, if a male is acting like a “dog”, then gosh darn, embrace it!  Do I agree with it?  HELL NO!  But you will not change for anyone, you will do what you want, just take precautions and be careful, you dog! (As I smile and look at your cute face).  BUT, I have found that some men get  flustered when a female makes a comment as such.  “Men are DOGS!”  LESSON:  if you are going to do the deed as such, accept the garbage language and laugh it off!

On the other side of the coin, I am sure there are many women who sleep around as well.  Of course in our society, we call them whores, sluts, tramps and are thought to be disgusting creatures when they are doing the “dog” thing!  NOW, as we all know, we live in an unequal gendered society.  Fine, instead of arguing and getting heated by being called by all these degrading names, laugh it off and know you are getting yourself some hot love!

Just like being called a “dog” as a male, if someone calls you a “slut” because you sleep around, embrace it because the real, technical definition is, “a women who has many sexual partners”.  Nothing wrong with that!  Actually, it is a better definition than being a male “dog”.  What is degrading is being called a “whore”, do you know why?  Because the real definition is being a prostitute and selling yourself for money!  NOW, that is down right dirty!!  I guess they finally got us, females!  I say, just turn it around, if someone calls you such, say, “I”m not a whore, but maybe a slut”.  Ha, that still sounds wrong!  But in the real world, if you are a female and you are sleeping around, embrace it girl!  It is what you enjoy doing if your are living that way.  Who am I to judge?  Who are we to judge?  If a man is given a high five because he is a “dog”, then girl, you deserve a high five too!  The tables are actually turned here because it is much easier to be a slut as us females can get it from any man because they are all dogs!  (pun intended)

Above it all.  I am not a dog, whore, slut or tramp.  I am me and I embrace that.  If I ever do decide (and have in my past) to sleep with more than one man, I have never been offended by being called a “slut”.  I embraced it because that was my action and I made that choice.  And it was actually nice!

So, enjoy your sexual relationships, embrace the words as they are only words!  Yes, words hurt, BUT if you are acting it, why get upset!  On the bigger hand, let’s try to just ignore the gender inequality of thoughts by all those crazy thinking people out in the world.

You can reach me at: