I shall write. Reminisce.  Share the relationship I had with my pops in honor of Father’s Day.

He left this realm 12 years ago, but it still feels like yesterday when I last saw him.

My sweet father was my Dad, a Dad, a man that grounded me to who I am today.

He was my Mexican-American father who grew up in East L.A. He was a pianist and an intellect. I like to think I get my intellect from him, but I’m far from his smarts! He went to Catholic school and was a believer in life after death.

As a child, when he was around, I have endless memories of happiness and laughter. I was so close to him that he took a part of me when he departed, but I do know he is holding onto “my piece” for his own memories or at least I like to think so.

I do have to give him credit for teaching me how to ride a bike. He was that hardcore East Los Dad that did not care if I was his little girl. He did not treat me like a princess, instead he treated me like a warrior! He took me to the top of the highest Griffith Park hill and said, “okay, mija, I’ll meet you at the bottom”. Even though I can scarcely remember that fear I held, I did it! I took a deep breath and rode down that hill not because I wanted to learn how to ride a bike, but because I was my Dad’s warrior! After several attempts on that hill and scraped knees, at sundown, I was a pro bike rider.

And all I can say is Thank you Dad!

My grandparents (his parents) owned a little Mercado on Hammel Street, right smack in the middle of East L.A. During my summer vacations, we would visit my Papa (his Dad)at the Mercado where I was exposed to the neighborhood and the culture where my Dad grew up. I looked forward to those daily trips where I would look for my Dad’s grade school (Our Lady of Guadalupe) and see beautiful murals on my Papa’s store of Cesar Chavez.

We would take walks down the Boulevard where cholos, cholas, and Chicanos would say hi to my Dad and they would chat it up. I was so proud to hear all these strangers ask how he was as if he was some Mexican American star. He would tell me his endless stories of his high school days at Cathedral . Him bragging how he got straight As and even got a scholarship to college for his tennis skills.

In retrospect, he taught me to walk the streets of the ghetto and in ganglands. When I would tell him I was scared (because I had every right to when I knew there were gangsters all around me), he would say, “mija, it ain’t no thing! You got me here”. To this day, I am NOT afraid to walk any street or to talk to any soul. My father loved all people and he never discriminated against a peaceful or hurtful soul.

While I was growing up in my early teen years, I had a lot of trouble with girls my age who always wanted to “fight” me. I of course was scared, but my Dad instilled in me to be a strong female, to not show my weakness and to never allow anyone to push me around.

Thank you again Dad! I have gotten through many challenges in life because of that mentality.

As a high school teen, my parents had separated, but we both still made every effort to see one another. I would take the bus to East L.A. where he would meet me and we would walk and talk all the way back to his house.  It was always an endless  weekend of talking, listening to The Beatles and eating at the best Mexican hole in the wall restaraunts only natives know of.

These were hurtful yet beautiful days. He was hurt. I was hurt. But that is life. With the pain in his heart, he began drinking more than ever to numb his pain, but I still loved him and he still had his loving soul.

Once I graduated high school, he was so proud that I was in College. He would rave to everyone and say, “that’s my mija” and those simple words and his attitude gave me the will to finish a hell of a lot of college. It was the warrior he instilled in me that motivated me to push through.

Thank you once again Dad!

He was far from perfect, but I honestly cannot remember a moment when I might have fought with him. He protected me to the best of his ability and I’m so grateful for that.

In my early adult life and at the end of his life, I would still visit him at least every other week. We would have lunch in Down Town L.A. or sit on his lawn with a blanket while listening to The Beatles.

After he passed, I was very hurt and angry that he could be so selfish and drink his life away, but after grieving and getting through the hurt, I realized and embraced what a lucky daughter I am.

I was lucky enough to be given a father who gave me life skills. I am able to love unconditionally. I am able to be kind and compassionate all because of him.

Every once in a while I get a visit from him in my dreams. I think of him everyday, but on this Father’s Day, I want to scream out loud to the heavens…… “THANK YOU FOR BEING MY DAD. MY FATHER.  THANK YOU!”

Happy Father’s Day to the best Dad a daughter could have. 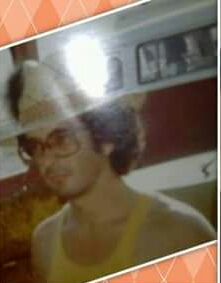 Activitiy #3 of our #30daysofsummeractivities and our 1st #summermuseum outing. If you are or were from Whittier, you have to visit this awesome museum! I loved it!

You can reach me at:

darklandpoetry.com/
A directory of wonderful things

darklandpoetry.com/
A directory of wonderful things